"Stay Up To Date With Our Latest News"

Isaacson & Walsh, P.C., is incorporated in Arizona as a professional corporation. The firm represents a broad range of clients before the Arizona Legislature and Arizona state government. Don Isaacson founded the lobbying practice in 1985 and is the shareholder and the director of Isaacson & Walsh. Don previously served as Rules Counsel, Majority Counsel and Director of Research for the Arizona House of Representatives.

The firm employs two other professionals. Cheyenne Walsh, an attorney, joined the firm in 2015, and has ten years of experience representing clients before the Arizona Legislature and an additional three years working on the Arizona legislative staff. Marie Isaacson joined the firm in 2018 and has thirty years of experience in Arizona state government. Most recently, Marie served as the Director of Human Resources and the Director of Benefits for the State of Arizona. 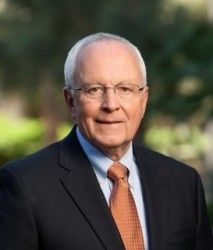 DONALD G. ISAACSON received his bachelor’s degree from Augustana College, and his law degree from Arizona State University, where he was a member of the editorial board of the Law Journal. He served as Rules Attorney, Majority Counsel and Director of Research for the Arizona House of Representatives for over six years. Mr. Isaacson has been in private practice primarily in the area of governmental consulting and lobbying. During his more than 30 years of lobbying, he has developed expertise in a wide range of policy areas, including banking, insurance, water, public health, law enforcement, public safety, telecommunications, optometry, higher education, budget and finance, taxation, special districts, and professional licensing for various trades. Throughout his career, he has been active on the legislative committees of the State Bar Association and Chambers of Commerce. He has served as the Chairman of the State Bar's Professional Liability Committee. He is on the Board of Directors of the Arizona Chamber of Commerce and Vice-Chairman of its Water, Energy & Natural Resources Committee. He also chairs the Phoenix Chamber's Health & Insurance Committee.

CHEYENNE WALSH received her bachelor’s degree and law degree from University of Arizona. She also holds a Master of Public Administration degree from Arizona State University. Prior to entering law school, Ms. Walsh worked as a legislative intern for the Arizona Senate Government & Transportation Committee, and as a legislative associate at the League of Arizona Cities and Towns, where she worked closely with municipalities on issues relating to land use, utilities, development fees, taxes and budgets, and transportation. She also worked as a legal extern in Washington D.C. on the staff of the U.S. Senate Judiciary Committee. She was admitted to practice in 2012 and joined the law firm of Squire Patton Boggs (US) LLP where she assisted clients with state and local government relations, Superfund litigation, administrative law and water rights issues. Ms. Walsh joined the firm on January 1, 2015. 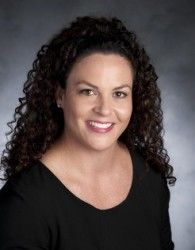 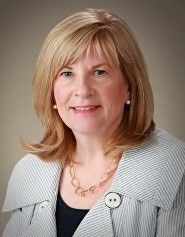 MARIE ISAACSON received her Bachelor of Science and Master's in Business Administration from Arizona State University. Immediately prior to joining Isaacson & Walsh, Ms. Isaacson was the Benefits Director for the State of Arizona, managing the Health Insurance Trust Fund and self- funded medical, pharmacy and dental plans, as well as fully insured dental, vision, life and disability plans. In her nearly 31-year career with the State of Arizona, she served in many leadership roles at the State, including the State's Human Resources Director and Human Resources Deputy Director. She has worked on a variety of policy issues and legislation and with the 100+ state agencies, boards and commissions. Ms. Isaacson is a Flinn-Brown Fellow and holds national certifications in human resources. She joined the firm in July 2018.

The Advocacy Group – Isaacson & Walsh, P.C. is a member of The Advocacy Group (TAG), the premier lobbyist, public affairs and government relations network spanning across all 50 states, the U. S. Congress and the globe. TAG’s global network of lobbyists and public affairs professionals provides coordinated and results-oriented solutions for businesses, trade associations and non-profits. Beginning in the U. S. in 1992, TAG expanded its reach to include a number of other countries around the world. TAG helps their clients by developing tailored strategies and solutions and then successfully shepherding them through the often daunting political, legislative and regulatory arenas where public policy becomes law. TAG is the best place to find the very best lobbyists. For more information about The Advocacy Group (TAG), go to www.theadvocacygroup.org.

Martindale-Hubbell – Since 1989, the firm of Isaacson & Walsh, and its principal Don Isaacson, have been rated AV Preeminent, the highest rating given by Martindale-Hubbell. Martindale- Hubbell has been profiling lawyers and law firms in the United States for nearly 120 years and is a highly recognized source for peer evaluation in the legal profession. Its Peer Review Ratings reflect a combination of achieving a "Very High General Ethical Standards" rating and a "Legal Ability" numerical rating based on five key areas: legal knowledge, analytical capabilities, judgment, communication ability and legal experience. Isaacson & Walsh also is listed in Martindale-Hubbell’s Bar Register of Preeminent Law Firms, which includes only the highest rated firms, those which have been “designated by their colleagues as preeminent in their field.

U. S. News & World Report - Best Lawyers is partnered with U.S. News and World Report, the leading rankings publication in the U. S., to provide law firm rankings in the United States. Isaacson & Walsh is one of the few Arizona law firms to be recognized with the highest Tier 1 ranking in the field of government relations, earning the ranking again in 2018.

Arizona Capitol Times – Don Isaacson is a seven-time winner of a Best Lobbyist award presented annually by the Arizona Capitol Times (2018, 2017, 2016, 2015, 2014, 2012, 2011 and 2010). Cheyenne Walsh is the 2018, 2017 and 2016 winner of the Best Female Lobbyist Under 40 award. Additionally, the team of Isaacson & Walsh was voted Best Lobbying Firm in 2018 and 2017. In past years, the firm has been recognized as being among the Top 25 Policymakers of Arizona, appearing along with the Governor and other key elected officials. The Arizona Capitol Times is the leading source of political news from the State Capitol.

For over 30 years, the firm of Isaacson & Walsh has provided high level legal and government relations services to a diverse clientele, including Fortune 500 companies, small independent businesses, trade and professional associations, and everything in between. It is consistently rated among the top lobbying firms in Arizona. Tirelessly representing clients at the State Capitol, Don Isaacson, Cheyenne Walsh and Marie Isaacson have developed strong working relationships and solid reputations with key officials in the legislative and executive branches of Arizona state government. Experts in governmental relations, lobbying and administrative law, Isaacson & Walsh delivers results!

NEP IS A UNION WORKPLACE!